Getting from New Delhi airport to our guesthouse summed up India immediately. Disorder, chaos, constant bartering and not knowing who to trust; but the objective is always met, somehow. By the end of the pre-paid taxi ride, I knew I would love India, but I knew it would be hard work. The host of our guesthouse was just that.

“Welcome to India,” Abhi laughed as the 3 of us and two huge bags crammed into a tiny rickshaw lift, “you have it a very sweet face Ben!” He took us to the roof to take a selfie from his drone, he told us facts, figures and stories from his city. But weaved into the tales were constant sales pitches, and we could tell his eyes were on the commission.

We turned down Abhi’s offer of an hyper-inflated taxi ride around Delhi, and instead walked, rickshawed and got the (surprisingly effective) Metro system between some of the sights he recommended. We lounged in the gardens of temples and mausoleums, ate street food and laughed as we were hounded by vendors selling goods and locals asking for photos. I suppose Indians from the hills visiting Delhi don’t see blonde girls and tattooed white guys that often.

Agra’s main pull is the Taj Mahal, and from what we saw of the town, there is little else to attract tourism. However, the sunrise that we saw over the Taj – turning it from blue, to pink, to yellow and finally to majestic white – was spellbinding and surpassed all expectations. I would recommend it to everyone visiting India – it’s worth a two day detour. 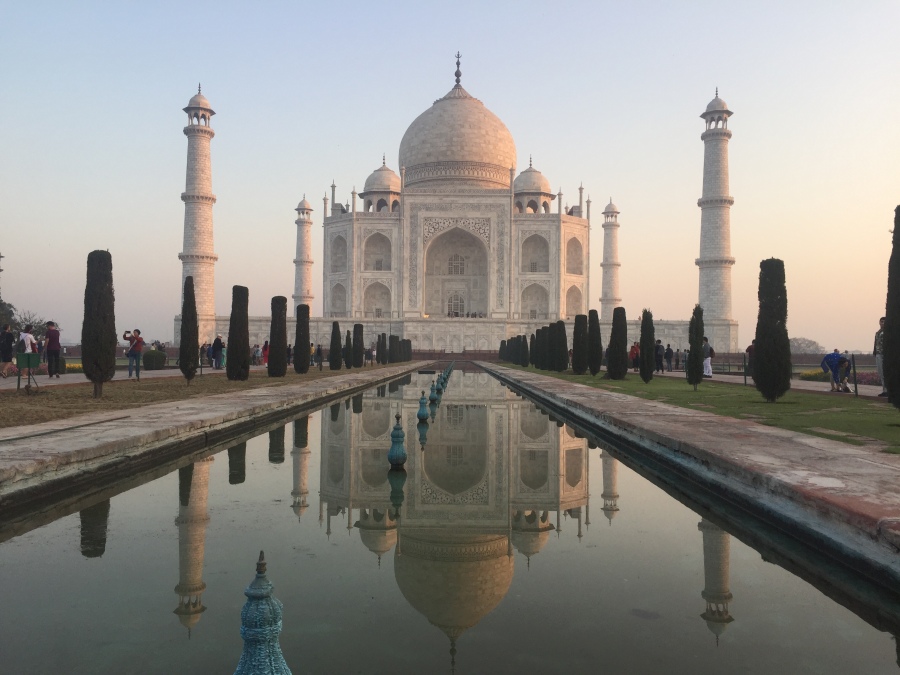 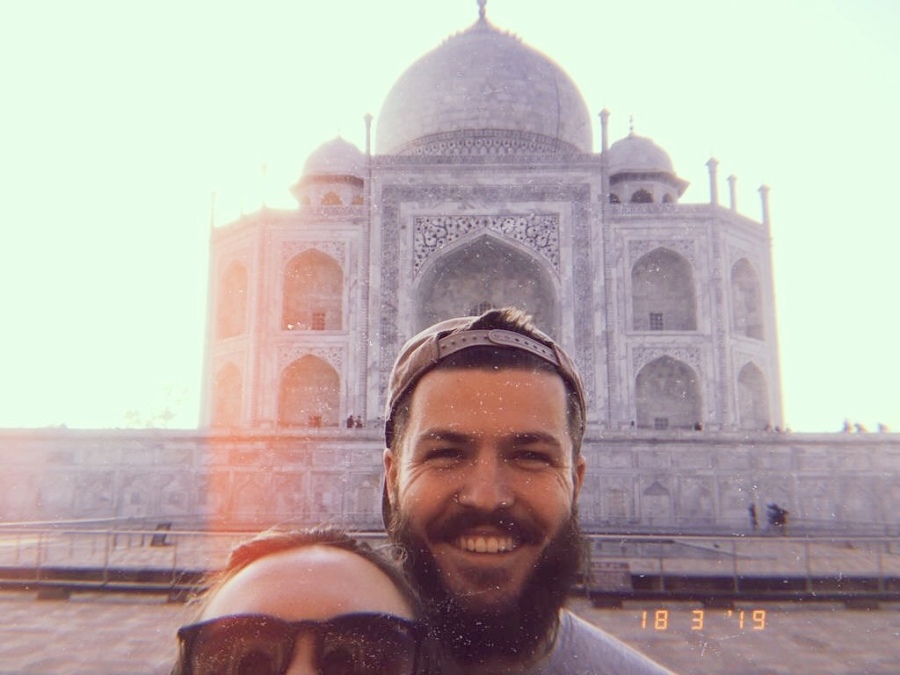 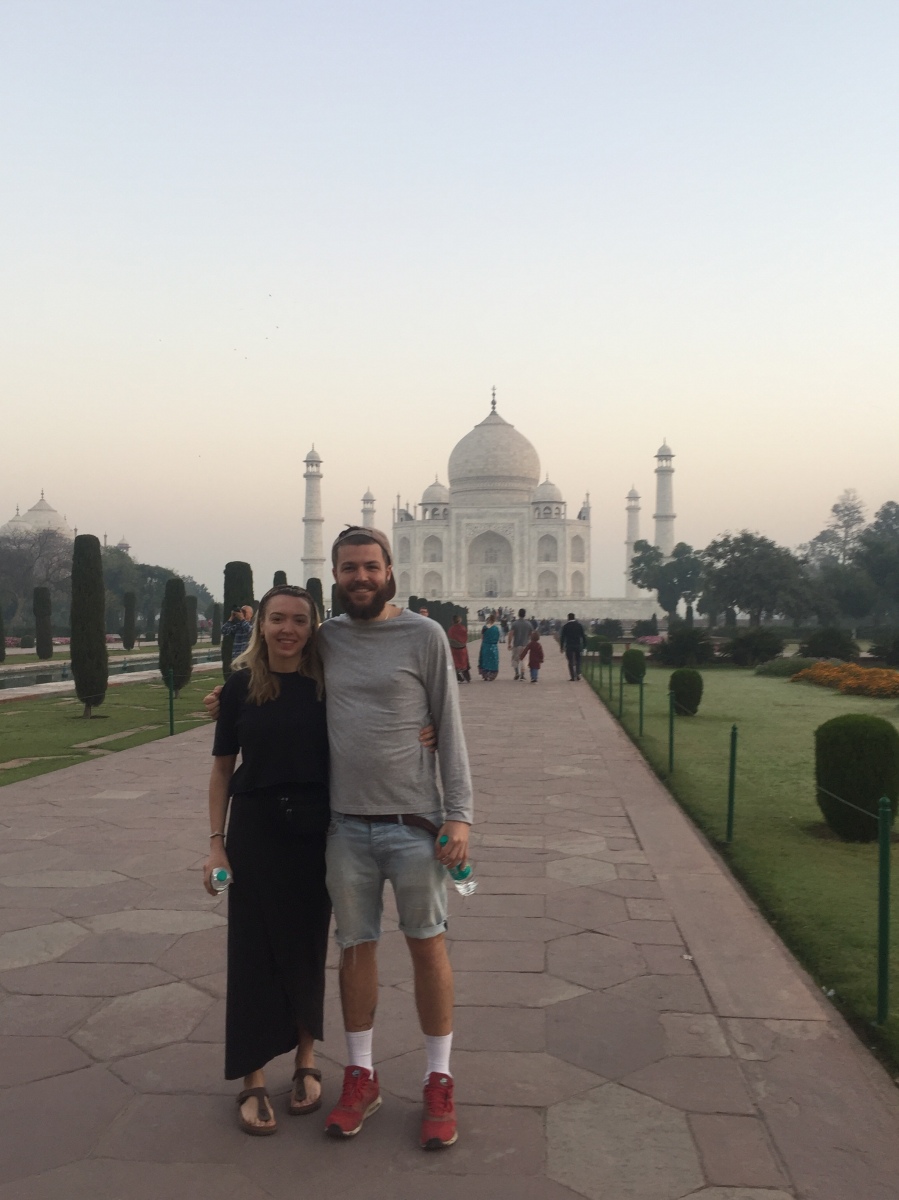 Jaipur is much smaller than Delhi (which Abhi sadly boasted is dirtier than Beijing) and so appeared relatively more polluted. A boy working in a co-operative custom clothes shop tells me that cows are sacred in Hinduism because of their maternal milk, so it seems weird that no one minds the holy animals eating the piles of plastic rubbish left on the side of streets.

We left the co-operative (which gave jobs alongside 65% of its profits to Rajasthani widows) with a throw, custom shirts and trousers, and spent the rest of our time wandering along Lonely Planet’s self-guided walking tour route, seeing the many gates, walls and palaces of the Pink City. The best view of the Hawa Mahal was from the rooftop of tourist trap The Tattoo Cafe. At night, we got a member of the ‘Tuk Tuk Mafia’, as one Hindu temple manager described them, to take us to Amber Fort, where we watched a light show projected onto the walls which told the story of the many “auspicious battles” around which the fort was built. The ‘Mafia’, on the return journey, tried their absolute best to force us into their friends’ shops, barbers and cafes, and it was frustratingly exhausting declining their advances.

We are getting better at the relentless need to haggle, avoiding most of the scams and ripoffs that are found at every corner. As the delayed train to Jodphur finally rolls in two hours late, I smile at how everything does fall into place eventually in India: you just have to surrender and accept it’s crazy ways.

Please subscribe to the next instalment of our journey by entering your email address in the toolbar on the right, and feel free to share this blog around on social media. If you have any questions about our time in Delhi, Agra and Jaipur, feel free to comment below!